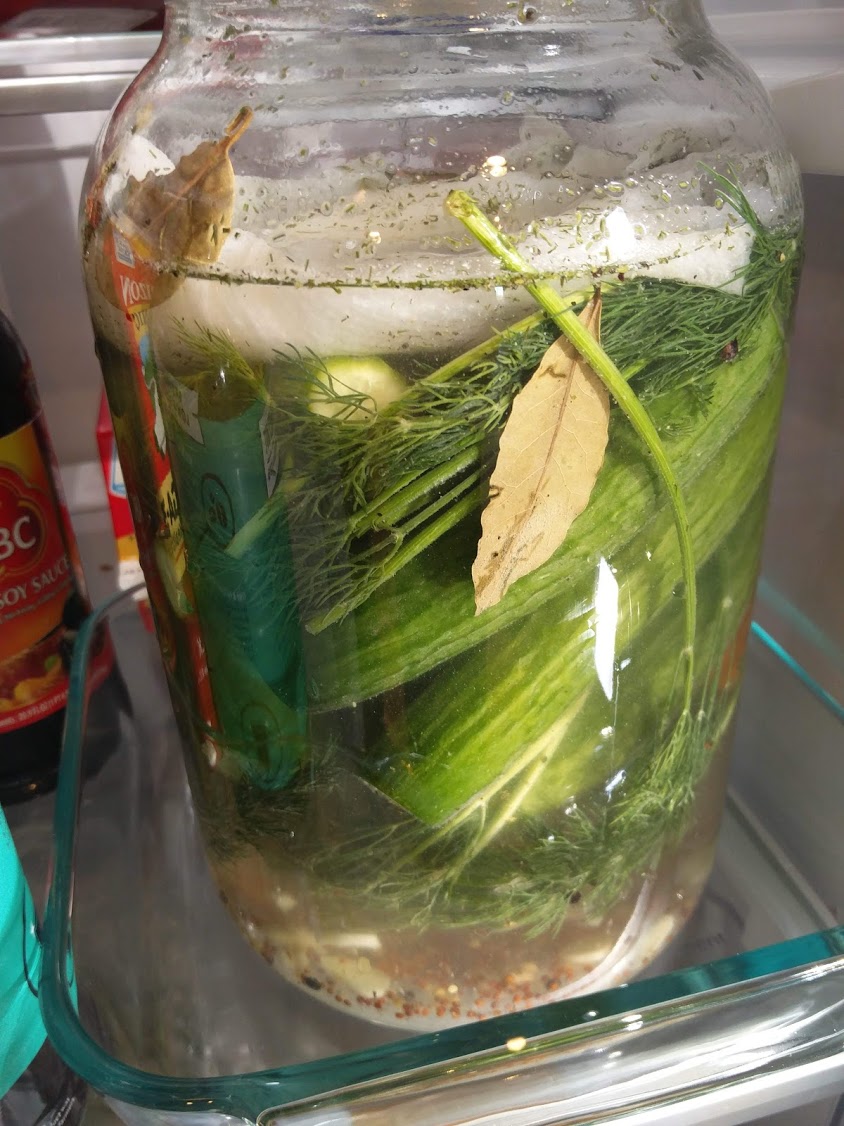 In my second round of fermentation (round 1 is undocumented, but was delicious vegan kimchi) - I’m trying out cucumbers and hot sauce!

I’m starting this batch on 2019-04-03, plan on finishing it up in about 10 days (as per Brad from It’s Alive | Bon Appétit). This is my second round of fermentation; the first being a vegan kimchi. It was vegan mostly because I don’t care much for fish sauce, and my vegan SIL was staying with us. I thought it was damn good, and may document if I end up doing it again.

Anyway… I’ve always enjoyed kimchi when I’ve made it in a “fake” manner previously, just vinegared and with sriracha. The recipe I Frankenstein monstered together was so good, that I can’t believe I’d been missing this from my life for so long.

Mostly the basic stuff you’d see in a jar of pickles you’d buy from the store: coriander, dill, garlic, peppercorns, cucumbers; the only thing absent is vinegar.

In the case of lacto-fermentation, you rely on the bacteria lactobacillus to add the sourness to your food, rather than vinegar. We’ll be accomplishing that by just using salt, and water. With this sort of environment the food’s “good” bacteria like lactobacillus is able to thrive, where “bad” bacteria - the ones that cause food spoilage and food born illnesses, are retarded.

So uh… I ended up eating all of the pickles before I took any additional pictures. They didn’t really “transform” like the hot sauce did.

The pickles tastes pretty good, but I don’t think they ever really got “sour”, or even “half sour”. Perhaps on the next batch I’ll just try them at room temperature, rather than in the fridge. I didn’t really understand how the recipes I found did them in the fridge anyway, since I was under the impression putting anything fermented into the fridge severely slows the ferment process. The pickles tasted good, but just more like marinated salty cucumbers, rather than “sour”.