Blah blah all the same story stuff from Ferment round 2: Cucumbers, but this time with hot sauce!

I totally goof’d and bought entirely too few fresnos chillis, so my jar is looking a bit sad D: 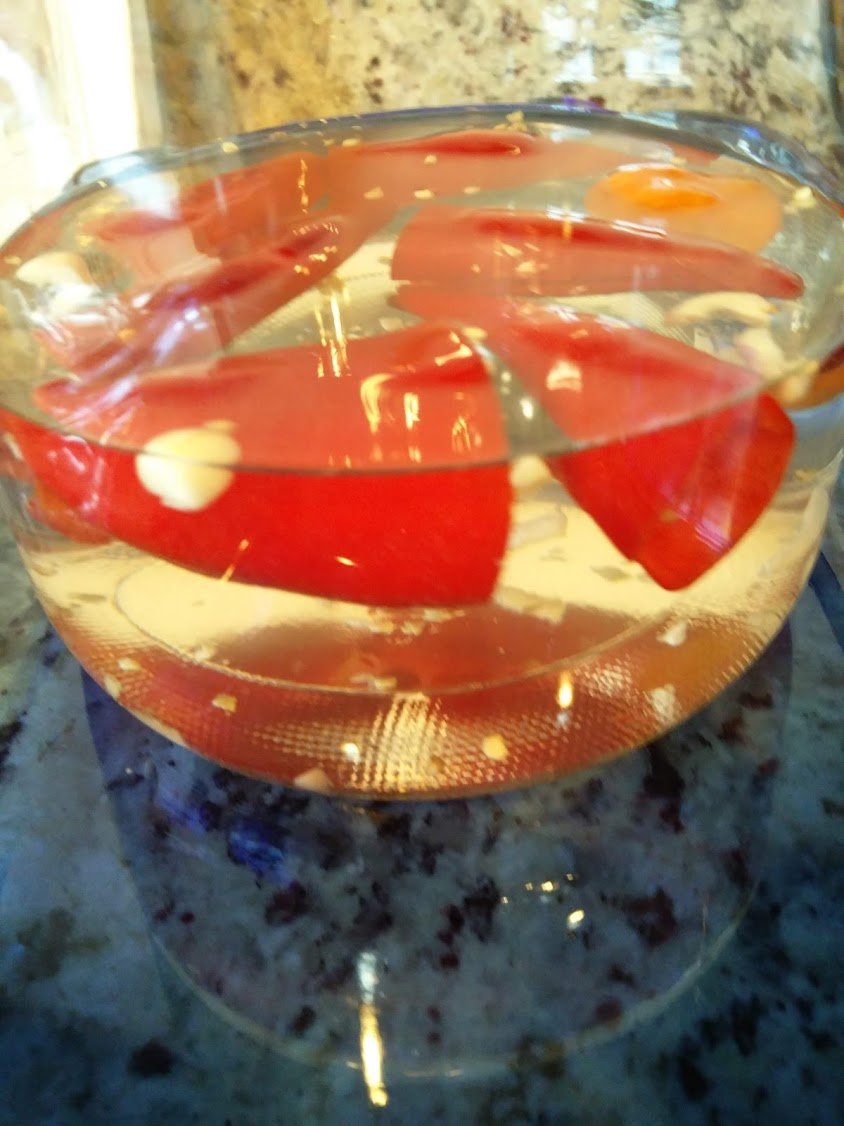 I added more brine as well as red bell pepper, and additional fresnos. The jar was little a little too sad. Hopefully now I’ll have a bit more of a substantial quantity of end product!

I checked on the peppers once or twice a day, gave them a swirl and massage. The peppers were really tasty! They definitely had a fair amount of sour to them, and a bit of an effervescence.

This is what the bubbles looked like on the last day when I would jostle the jar:

On the last day, I had a bit of a scare (this is mostly the reason I ended the ferment when I did) in that I thought I may have some mold forming, after the jar jostling settled, I was presented with: 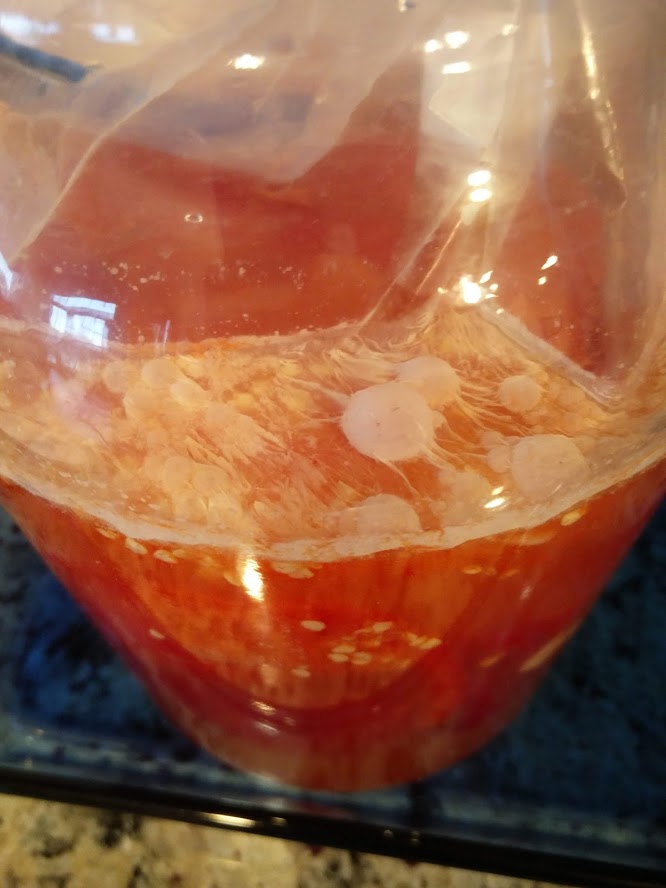 Doing some googling, it SOUNDED like what I was looking at was yeast; it was described as “thready” where mold was described as “fuzzy”. Some sources said that white mold can be “ok”, but any other colors than white to throw out. I took a gamble that this was yeast, and it’s been a few days since I ate the peppers, and I haven’t died - so hopefully I was right!

The actual hot sauce, after blending it, didn’t turn out exactly as I hoped. I blended it for a good 3 minutes with a bit of the fermenting brine, but its consistency was a bit off, I could still feel little bits of the peppers skin. I thought the solution was to add a bit more brine, but I never did get rid of that texture. Once straining through a cheese cloth and colander, I was left with a hot sauce that had more of a consistency of tabasco, rather than sriracha; I was hoping more for sriracha.

The hot sauce definitely tastes good enough, it just wasn’t thick enough for me. Perhaps next time I’ll try to take the skin off the peppers prior to blending. 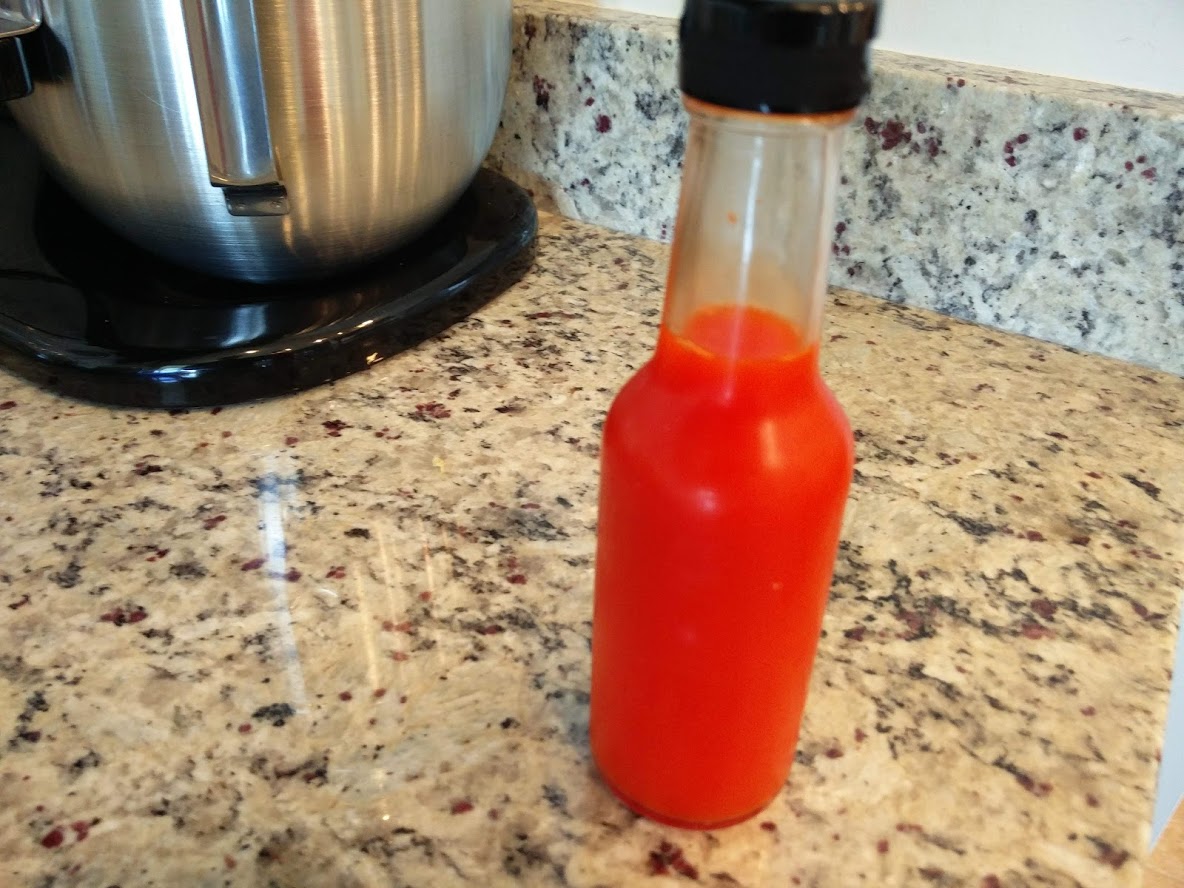